NOCN Group offers a wide range of services including regulated qualifications, EPA for apprenticeships, Job Cards in construction, Access to HE Diplomas, bespoke accreditation, and educational and skills support training.

As you will be aware the government imposed a third national lockdown from Tuesday 5th January 2021. You will find out more operational detail on the implications for each of these services through the following links:

Please note that NOCN Group will be following the guidance issued by the ESFA, IfATE, Ofqual, CCEA Regulation, QAA, and Qualifications Wales, and will update our customers as things change.

If you have any concerns or would like to discuss the impact on your centre, apprentices or learners please contact us on nocn@nocn.org.uk or 0300 999 1177.

GCSE, AS and A Level awarding in summer 2021

It is possible for learners to access their online work from home using a gaming console. For guidance on how to do this please download the document here.

Last week (24th May 2019) NOCN’s MD Graham Hasting-Evans took part in the launch of the first phase of a world leading campaign designed to improve the UK’s productivity. 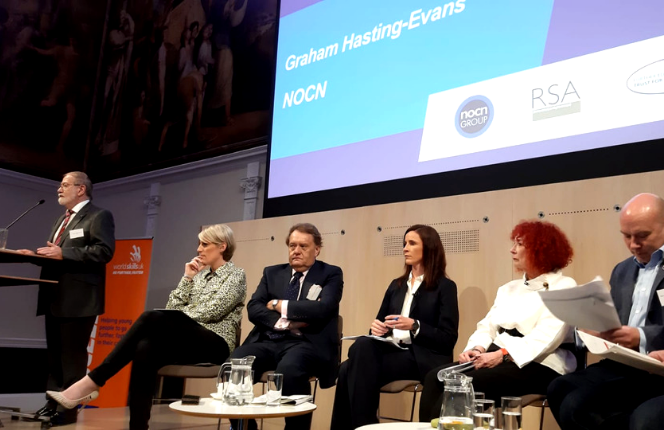 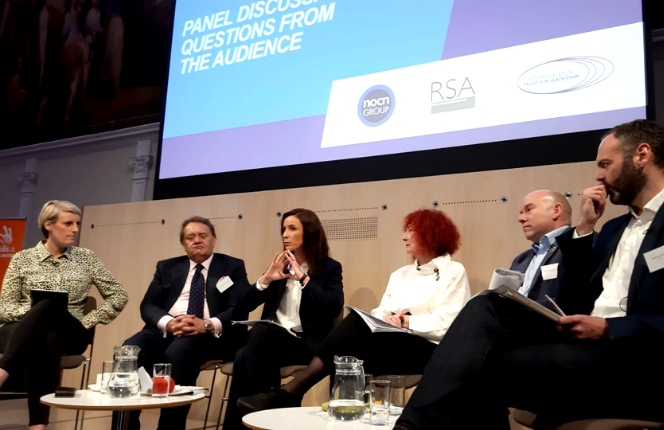 The launch saw a significant piece of research from the RSA and WorldSkills UK, supported by the Further Education Trust for Leadership (FETL), released which highlights inspiring examples of innovation in skills from around the world to help improve UK policy.

NOCN and WorldSkills UK recently announced their strategic partnership, which sees both organisations working together to share global skills insights with businesses, education bodies and governments through the WorldSkills UK Productivity Lab. This new programme is designed to mainstream international skills excellence to help boost productivity and economic competitiveness.
In his speech NOCN’s Managing Director highlighted why it is so important to look at best practise in skills systems around the world:

“The world does not stand still. Whilst we are reforming so are others. We must learn from other countries. But that does not mean lifting and dropping in someone else’s system in the UK. That will not work. We need to understand some of the key principles underpinning successful TVET systems and adapt these to suit us”.

Graham continues: “NOCN is a driving force for improving productivity in the UK and in September 2018 released a report in partnership with Learning and Work Institute “Skills to Drive a Productive Society”. The report identified skills as being crucial to improving productivity and the areas of skills the UK needs to focus on are English, maths, digital and employability skills as well as technical skills and a re-engineering of management skills focused on productivity increases.”

In August 2019, WorldSkills UK will enter its team of apprentices and students into the international WorldSkills Competition hosted in Kazan, Russia. As part of the strategic partnership between WorldSkills UK and NOCN, the Productivity Lab will provide industry leaders with access to the world’s best skills innovations during the competition to transfer knowledge and identify ways in which UK policy can be transformed to improve skills development, making the UK more productive and competitive.

Watch this space for further news on the Productivity Lab campaign and NOCN’s involvement as lead sponsor.